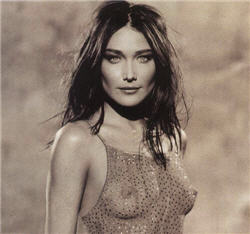 French President Nicolas Sarcozy announced a plan today to hike up the consumption tax rate by 1.6 percent. I read it in the Washington Post. What I love about this is that the French presidential election is in three months. This would never fly in the US. First of all, our election season (it’s called a “season” for Pete’s sake) starts a full year and a half before our actual election is held. Second, the word “tax” is like a taboo word here that when uttered, elicits loud, trumpeting groans (among other loud, trumpeting sounds) from our pale, doughy tea-bagger neighbors. And third, US politicians are so frightened of being rousted out of their warm, cushy offices that they wouldn’t dare risk pushing a tax-hike through right before an election (maybe in the middle of a term under the cover of night *cough* Ronald Reagan *cough*, but never before an election). It’s sad really, because for all the fanfare and mythos we’ve built up around our national identity and “American Exceptionalism,” and “freedom fries,” yadda, yadda, yadda, this French president has more balls than any of our politicians could ever hope to have.

He’s up for reelection in three months and he hasn’t even announced his candidacy yet. Mitt Romney’s been running since 2008! On top of that, the guy running against Sarkozy is a Socialist. And not a Socialist as in “Obama is a Socialist and the anti-Christ and a secret-Muslim sleeper cell agent who was born in Kenya,” no, this guy is a real Socialist, a card-carrying member of the French Socialist party. Let that sink in. In France, the Socialist party can actually win the presidency. Here we get to choose between red and blue.

If you’ve ever been to France then you know what a cool country it is. The trains run like clockwork. They have a gleaming public infrastructure, arguably the best art museums in the world, free universal healthcare for their citizens, six weeks paid vacation per year, they’ve led the world for centuries in fashion, cuisine, wine, sex–they invented the tongue kiss for goodness sake. It’s also important to note that the French are almost entirely energy independent–this is due to heavy investment in nuclear fission technology in the 1970s–somebody was thinking!

So the point I guess is that France is great little country. The next time you hear some yokel who’s never been out of his home town hating on the French just shake your head and feel bad for his mother.